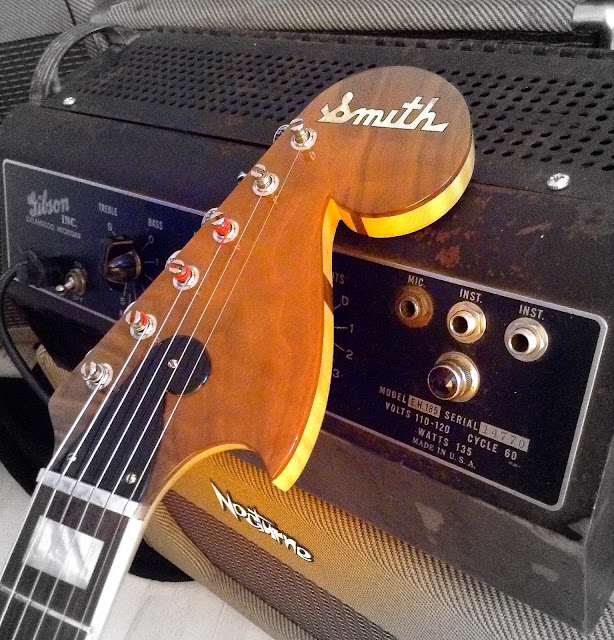 Carrying over from last week's Blog post, I mentioned that what also emerged in the middle of my Paul Bigsby - Jim Harvey - Fred Gretsch mash up of guitar building fun, was a new amplifier creation for production in both a 1x12 combo, and a 6"x9"speaker loaded head cab called the Shinebox.

I bought a pair of 1939 and 1941 Gibson EH-185 amps that were both apparently barn finds.  Well, maybe they were city cellar finds or suburban attic discoveries by whomever ended up selling them to me.  They sure didnt bother to do much of anything other than put the amps as found, into a shipping box and sending them to me literally "As Is". 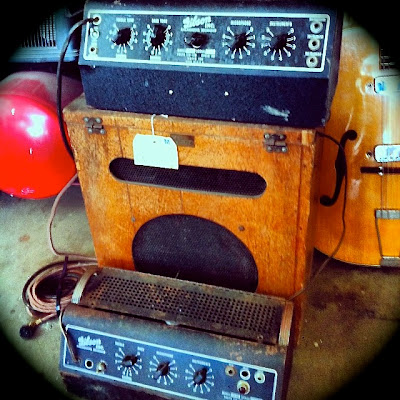 I always end up with the "AS IS" stuff and spend way too much time and money giving old spirits a new haunting ground so to speak. Although that must be what drives me because I've got a house full of beat up old 50s and 60s furniture, lamps, tiki kitsch, clocks, phones, stereos, tape decks, stoves, indoor bbq's, the list goes on and includes my money pit 54' Buick Century.

Sounds silly but when you get this stuff into your hands your head spins with all the "what was and could be again" scenarios..
I do know though that I sure as heck have never had one of those amazing stories of stumbling upon some cherry piece of guitar equipment that has been sitting in some clean corner, or under a bed, in a condition not far from how it was originally purchased brand new.
Deke Dickerson has that kind of luck, not me.  I end up with the bargains that served as tire chocks for farm equipment. Both these amps came from different parts of the country yet they both had assorted  bits of animal fur, mice droppings, dried up roach carcasses and HAY in them.

There was significant work involved to carefully clean them, replace most of the capacitors, stray resistors and a fair amount of wiring. I was not interested in a museum restoration or taking them on tour. If they could survive the local stage I play on weekly with various guitars and speaker cabs for testing purposes, I would have what I needed to
begin recreating a new amplifier based on these gibson EH-185 amp heads.

These ancient amps (75 yrs is ancient for an electric guitar amp) have been given new life. Basically ghosts in the corner that live and breath again in this world through 1x15 speaker cabs, 2x12 cabs, 6x9 cabs, even a 1x8 cab.. They are resurrected old relics and I have poked and prodded, blasted them for hrs, performed with them publicly

and ultimately reproduced my own version of an amp based them in the form of a modern boutique amp called the
MOONSHINE '39.

This amp has the voice, dynamics and tonal textures of 75 yr old american made, vintage iron from Kalamazoo, Gibson Octal tube amplifier.
With the help of Jer DeLisle and Mercury Magnetics, my Grigsby guitar has got one cool tweed tube amp voice that is far earlier a sound that any tweed amp Fender would put out for at least another 9 years.
Its the sound of Charlie Christian's amp, the sound of Junior Barnard's & Eldon Shamblin's amp with the Texas playboys, 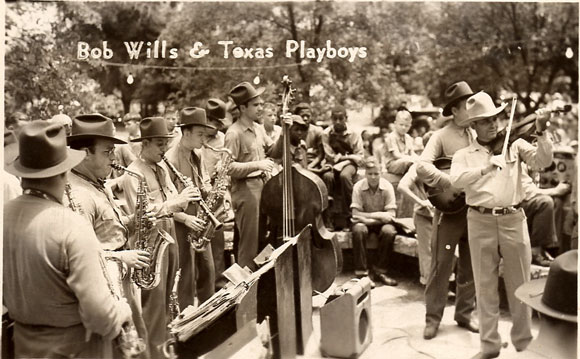 Tiny Grimes and Django Reighhardt. There are plenty of others but that sound they got is what I am after in this Moonshine amp.

While I was able to grab something obscure like the Gibson EH-185 amp head and restore it, it ultimately is something from Gibson's past that they've long since abandoned and unless you are lucky enough to find one of these antique babies to fix up, you'll never get the sound just right.
If it matters to you, like it does to me to play through this type of amp, you will understand why its taken time, passion and investment to make it happen.

You can check out the Nocturne Moonshine '39 combo and amp head on my website for more info.
www.thenocturnebrain.com

below I'm going to just post in the vids about the amp with the help of players like Matt Codina of www.codinaleather.com, Tommy Harkenrider of tommyharkenriderguitar.com and Buddy Dughi of www.thehotrodtrio.com

* Gibson is a
registered trademark
of the Gibson guitar corp.
Posted by the NOCTURNE Brain Seltzer at 6:30 PM